Beating the November Slump: Every Accomplishment Starts With the Decision to Try

Friends, the November slump is a real thing, and failing to recognize it can be a real problem. Just browsing through the feeds on my various social networks shows me that my teacher friends across the country are feeling the pressure. The weather is getting murky and the kids are getting antsy. The new school year honeymoon period is WAY over. Everyone is eager for a holiday break and it can feel like pulling teeth getting the kids to participate in learning. Office referrals and suspensions for behavior are starting to rise. This might make some teachers feel ineffective and question why we are in this business in the first place. I am writing this post to remind us (myself included) that it's just a feeling and it will pass.

In light of all that, I thought that I would share something positive: I had a great accomplishment with a student today! 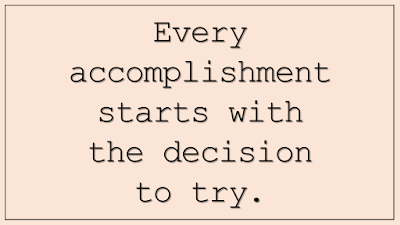 I have a first grade student... let's call him "E." He is well-known for his behavior issues throughout the school. I've been working hard on establishing a positive relationship with E and helping him see the music room as a safe space. His behaviors typically manifest as the following: running around the room, hiding under/climbing on objects, and blurting or screaming out of turn. His classmates are often very frustrated with him because they want to get on with class and see him as a disturbance.

This afternoon, the class came into my room and went to their assigned carpet spots, except for E. He had argued with another student before my class and was upset before he even walked in the door. He refused to sit in his assigned seat and instead he went and sat in the corner of the room by my upright piano.

I knew that this situation could go south very quickly.

I am trying planned ignoring with some of E's behaviors. I have already discussed this with the rest of the class. They understand that when E starts to act up, they should try to carry on as normal unless he is making it impossible for us to do so. I reminded the class that when someone is upset we should do our best to try and make them feel comfortable and welcome. One little boy immediately told E that he could come and sit near him if he wanted (Awwwww!)

But E wouldn't budge. While I taught my lesson, he inched himself closer and closer to the piano until he was hiding behind it. The class was singing a song a cappella, until E took the cover off my keyboard and started playing random notes.

The students all started laughing and I knew this was the tipping point. My planned ignoring was not going to work any longer. I briefly considered calling the guidance counselor to have him removed from class. But then, I glanced over at my desk, where I have my favorite motivational sign that reads, "Every accomplishment starts with the decision to try." 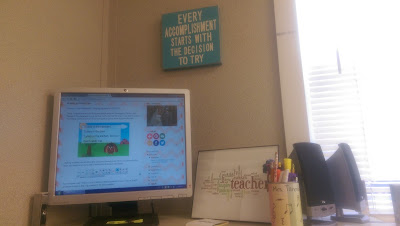 I knew that if I called the guidance counselor, she would be very understanding. E frequently has to be removed from class. I also knew that it would mean a day where E does not get to experience music.

I really didn't want that to happen. I decided to try.

I stopped the class from laughing and briefly talked to them about how we all express ourselves differently when we're upset. I told them that there was nothing funny about one of their friends in need. Then I went over to the piano to have a private talk with E. I told him that he didn't have to go sit on the carpet, but he needed to make a better choice than crawling under the piano.

He nodded in understanding and moved to another corner of the room. He was still hiding and separating himself from the group, but at least now he was within sight and earshot. I continued teaching my lesson.

He stayed that way for another five or ten minutes. Then, the class sang a song that had some fill-in-the-blanks and I asked for volunteers to give suggestions of things to say. Lo and behold, E came out of the corner and had a suggestion. I used his idea in the song and he beamed with pride. He went to the carpet and sat next to the sweet boy who offered him a spot earlier in the class. He stayed there and happily participated in the rest of the lesson.

Of course, as any Title 1 teacher (or teacher of students with behavior difficulties) knows, there will be days when you have to call an administrator to remove a student. There will be times when a child is out of control and there is nothing that you can do or could have done to prevent it. This does not make you a bad teacher... it makes you a responsible teacher for exercising good judgment.

However, I am so glad that today, I didn't have to resort to that. I made the decision to try, and today, that was enough.

Turkey in the Barnyard - Singing game and FREEBIE

Today  I wanted to share one of my new favorite songs for Thanksgiving: Turkey in the Barnyard! It's a piggyback song to the tune of Charlie Over the Water. I love that it's mostly a So-Mi song, but the end is on Do so it's a great song to prepare or present that note. 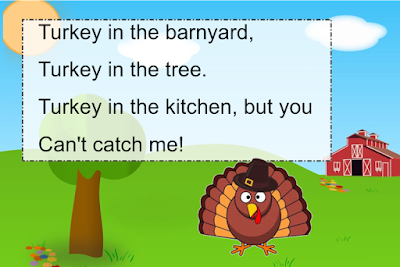 I had my students read the lyrics first, and then I wanted to see if they could memorize the lyrics, so I used one of my favorite SmartNotebook features: the shade!

If you've never used it before, it is SO helpful in helping students to focus. You can drag it across the screen so that only a portion of the slide is visible.

Each time they sang the song I covered up another line of the lyrics until eventually they were singing it completely from memory. 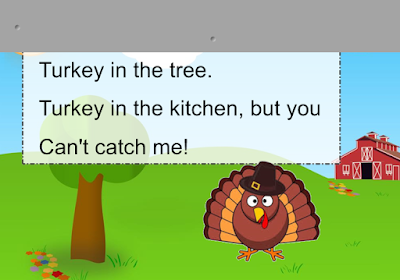 I also put the pitches on a simple two-line staff so that next time my students can read it that way and see Do on a ledger line. 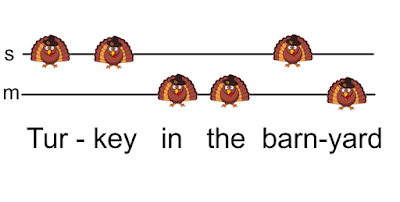 I also play the same game as Charlie Over the Water: children are seated in a circle and one person gets to be "it." While we are singing, the person who is it walks around the outside of the circle. On the last line of the song, he or she taps someone and they have a "duck-duck-goose style" chase.

Kids love playing the game and they also love the visuals I created for it on the Smart Board.

Turkey in the Barnyard SmartNotebook file 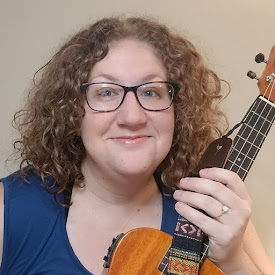 Choir is my team sport
by MrsTanenblatt 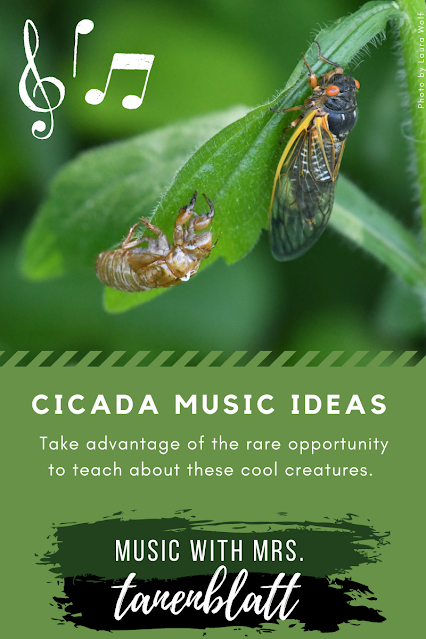